From humble beginnings on Kickstarter to a Hong Kong company changing the face of luxury retail in timepieces, founder Michael Young of Undone Watches sets out his vision for the future. 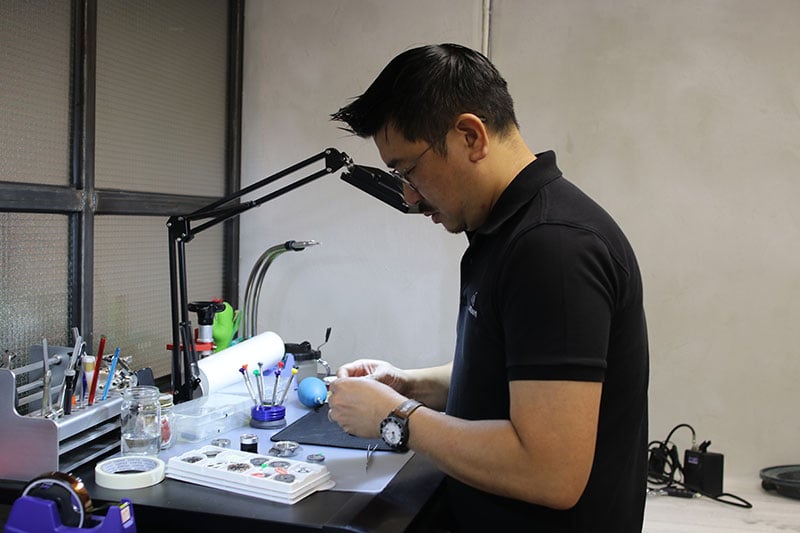 Reinvention, transformation and customisation have all played essential roles on the road to success for Michael Young, an entrepreneur striving to change our idea of luxury retail in the watch world. Dedicated to providing a customised product for each and every one of his buyers, Michael’s big idea was to take the world of watches and offer something new – in this case, a watch you really could call your own. Given he secured funding for his initial offering via Kickstarter in 2016, raising HK$2million from 1,336 backers, it’s clear that others were into his concept from the get-go, too. 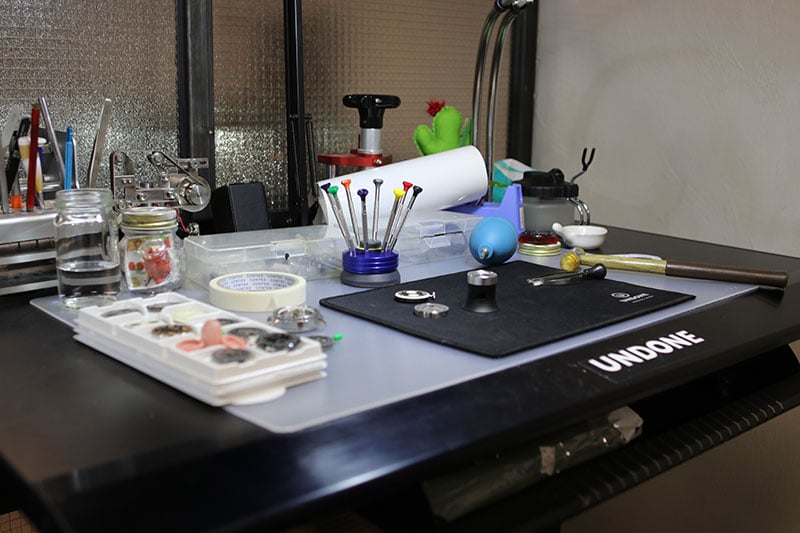 Born in Hong Kong, Michael’s interest in watches stemmed from childhood curiosity,” I’ve always been fascinated by mechanical parts,” he recalls. “I fixed my first watch at 17 years old having bought it from a flea market for $10.” He took it apart to mend it, and was hooked.

Before starting out on his own road, Michael went off to get an MBA, learning vital lessons along the way. “It encouraged me to think outside the paradigm – don’t think about the watch industry, but instead think about what customers really want; find out what’s wrong with the industry rather than what’s already going well. All these memoirs and books—they all talk about success stories, however, you will never succeed by following other people,” he says. Soon, the rising entrepreneur went back to repairing watches, realising quickly that his interests went way beyond working with other people’s creations – he wanted to design his own. And, connecting his fingers to both the engine of his mind and his fascination the endless possibilities that could come from customising mechanical parts, the concept of Undone Watches began to form. As he explains, “It baffled me that there was a limitation to what you could choose in a HK$2million watch—you couldn’t even choose your own strap, and that seemed crazy.” So, he created a line that was able to do just that. Just a year on, Undone Watches is creating one-off pieces for clients far and wide, each one made to order. Michael got the company off the ground with a crowdfunding campaign on Kickstarter, before scaling it quickly up to be a bonafide business with a recent, new office space in Tsim Sha Tsui. It wasn’t all easy, however, mostly because no one else was offering what he was. “When we started, customised watches were such a new concept. You couldn’t even search on Google for ‘customised watches’ because they didn’t exist. We had to introduce the idea,” he explains. “The most a brand might have let you do in terms of customisation was engrave something on the back. And, although there were many design styles, the watch world was not like fashion where people mix and match different items. With the watch industry, a watch is a watch—you don’t do anything to it. So I wanted to change that, change people’s perspectives.”

Michael is adamant he’s travelling a trend curve, one that sees tailor-made as the epitome of luxury today. “Every brand is now trying to get on the bandwagon of personalisation, so it was good we had a kickstart. In the future, that’s where we are heading. There will no longer be any fixed products, everything will have some form of personalisation, I really think this will become the norm. We will no longer be classed as a customised watch brand, we will be just a watch brand because everyone else is doing customisation.”

No doubt, given the flair he’s shown so far, he’ll soon turn his hand to the next – already earmarked as customisable sunglasses. Watch this space.

A Luxury Brand for Today