A founder, mentor, investor and podcast host of Disrupting Japan, Tim Romero has lived and breathed entrepreneurial life during his 30+ years in Japan. He talks through his top tips on how to succeed here.

With Prime Minister Abe’s various incentives designed to boost startup activity in Japan, it seems increasingly likely that there will be more and more foreign entrepreneurs trying to make their way in the land of technology. Someone who has trodden that path already is Tim Romero. Having landed in Tokyo in 1998 as a musician, the serial entrepreneur has spent time as a lecturer, innovator, investor, mentor and host of the immensely popular podcast Disrupting Japan, founding startups over the years that include software companies, e-commerce platforms and inventory management systems.

Two years ago, Tim wrote an article that went viral about his experience turning down USD 500k to walk away from his startup ContractBeast, giving his honest take on Japan’s entrepreneurial scene. In his spare time, he teaches corporate innovation at NYU’s Shinagawa campus as well as being a Forbes contributor and host of his own podcast, Disrupting Japan. He sat down with Hive Life to talk about his years as a founder in Japan, his tips on entering the market and to debunk some of the myths surrounding new business in one of the most distinct working cultures in the world. 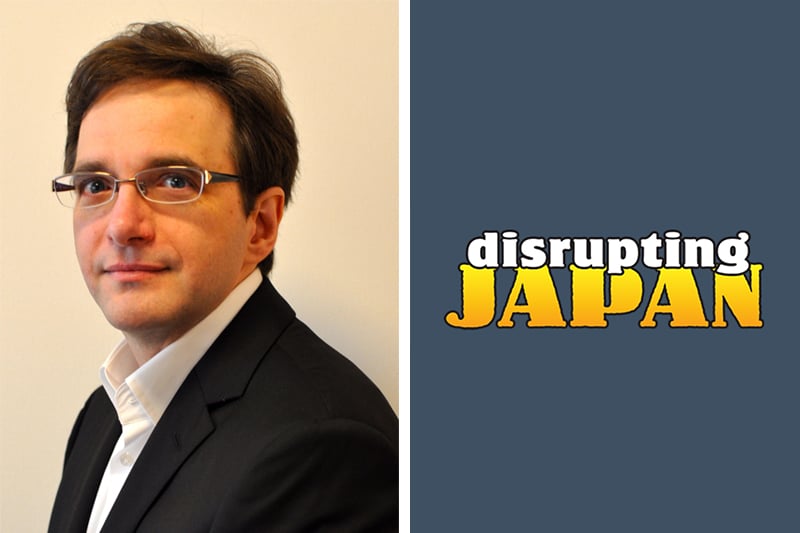 Make the most of Japan’s burgeoning startup scene

The biggest change in Japan’s startup scene is that there is one. “When I started my first company, sure, I had friends who were entrepreneurs and we would go out for beers. But there was no real community. Now there’s a real ecosystem and startups are doing business with each other. That’s perhaps the most important change.”

“Having Prime Minister Abe on stage publicly saying that startups are the future of Japan and this is the way forward for innovation multiple times is incredibly important. He’s shifted the attitude of corporate Japan.”

“Now, Japan has a real ecosystem and
startups are doing business with each other.
That’s perhaps the most important change.”

Don’t be put off by Japan’s difficult admin procedures

Even if you’re new to Japan, it’s no secret that starting a company is a long, drawn-out process – especially if you don’t yet speak sufficient Japanese. “It’s difficult to start a company in Japan. It requires a lot of paperwork,” says Tim. “But, quite honestly, the legal work and the formal incorporation is such a tiny part of the work that’s involved in building a startup, it just doesn’t matter. Even if it was 100 times more difficult to form a corporation, it’s a small part of the work involved in building a company.” So don’t get put off. “It’s a little more difficult, but it’s nothing in the big scheme of things.”

“It’s difficult to start a company in Japan.
It requires a lot of paperwork.”

Get a meaningful mentor

As a foreigner in Japan, you need a mentor who has local experience in the scene – something Tim lacked when he started out. “I wish I had. It would have made my life a whole lot easier!” Still, he warns about what kind of mentor you should seek out. “Mentoring – the way the word is being used today ranges from being interesting to being a waste of time, depending on the people involved. There’s been an unfortunate tendency in both Japan and the US where a lot of people are joining mentor programmes to say they’re mentors, and that’s kind of a perverse incentive,” he says. “Mentoring in the old sense of the word is absolutely essential. It’s something where you sit down and work with a team long-term, and I think that’s really important to the success of entrepreneurs.”

“Mentoring in the old sense
of the word is absolutely essential.” Don’t be put off by a fear of failure

“In Japan, there definitely needs to be more acceptance of failure. It’s gotten better, but there’s still a real stigma to it. There was an interview I did three years ago with someone whose company had failed. It was an e-commerce company and he was adamant about getting eyeballs on his sites and selling, but he mismanaged his supply chain and so the company went bankrupt. This guy was proven in his ability to sell and get views. He was great at that part of what he did, but no one would hire because his company went bankrupt. Eventually, he did find work at another startup who put him in charge of building e-commerce, and he’s doing great now.”

Be committed to the country and your business

As someone from a foreign country, you have to make it obvious that you have the ability to sell in Japan. “A lot of investors ask, ‘Can this guy really sell in Japan?’ And that’s a legitimate question,” explains Tim. “If you’ve already got customers, you’ve proven you can work in Japan and they’ll invest. If you’re here on a temporary tourist visa, they’ll probably have some concerns about whether you’re really committed to the country or whether you’ll just bail out when times get tough.”

“You have to make it obvious that
you have the ability to sell in Japan.”

Capitalise on what you’re bringing to the scene

Make the most of your point of difference. “You probably won’t be part of mainstream Japanese business. You’re not going to have a career path in Fujitsu,” notes the Disrupting Japan host. Instead, you have to have a clear understanding of what you bring to the table that’s unique. “You need to have a deep understanding of a market that’s currently undervalued in Japan. As a foreigner, you’ve got to be consciously aware of that. Once you have that in your head, you can do that very well.”

“Have a deep understanding of a market
that’s undervalued in Japan. As a foreigner,
you’ve got to be consciously aware of that.” 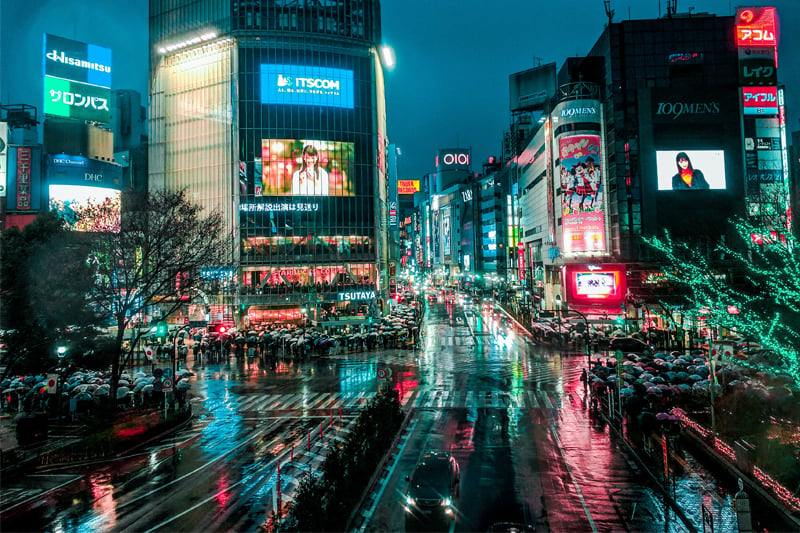 Take the time to understand your customers’ needs

“If you’re moving to Japan from another country, you probably don’t have a strong understanding of Japanese markets yet,” says Tim. “That sort of closeness can be physical presence or closeness in relationships – but it’s hard to do from overseas. Make sure you can understand the desire that you’re fulfilling and that you can explain it to a VC. If you can meet your customers’ desires from the get-go, you’re more likely to sell and get funded.”

“The most important thing is
to be close to your customers.”

Learn how to position and sell your business

Successful Japanese companies often have a different set of characteristics compared to their counterparts in the West. “The most important thing is the core value you’re providing. It’s going to be the same everywhere, right? The value and solution will work in Japan the same way it works everywhere. But you’re almost certainly going to have to change how you position it: how you explain it,” Tim elaborates.

He uses Uber as an example of positioning that didn’t translate, as discussed in his podcast on the subject. “Where Uber screwed up was simply in their execution. They took this ‘in your face, take no prisoners, we’re going to take on all commerce’ attitude. I can’t think of a worse possible way for the Japanese market.”

“You’re almost certainly going to have to
change how you position it; how you explain it.”

Beware of harnessing yourself to huge growth

There are certain scenarios where you shouldn’t be prioritising money for your startup. “It depends on scale. Money is like blood for a company. If the cash is not flowing through the company, it will die,” Tim remarks. However, there is a flipside. “When you take venture capital, you’re signing up for a very specific set of business objectives, like doubling your income. The VCs expect massive growth, and that’s what you’re either explicitly or implicitly agreeing to.”

Instead, he urges entrepreneurs to look at the bigger picture before accepting money that funnels you down a path you don’t want to take. His own experiences doing this were laid out in his viral article, ‘Why I turned down $500K, pissed off my investors, and shut down my startup,’ explaining his decision to walk away from a potentially well-funded startup because he perceived there to be a fatal flaw in the business idea. “I need a higher level of certainty than investors do, because my time is more valuable to me than their money is to them,” he explains.

Work Culture in Japan: The 5 Crucial Differences You Should Know About

Business Etiquette in Japan: How to Grow Your Network