ORII: The Smart Ring that Promises a Future of Screenless Connectivity
Business & Tech

ORII is a revolutionary smart ring that wants to change how we stay connected. Kevin Johan Wong of Hong Kong start-up Origami Labs tells how growing up with a visually impaired father helped him see a future beyond our screens.

We all struggle with screen addiction. It keeps our brains wired, plagues productivity and stunts our ability to stay present with those around us. While some worry that our screens are beginning to eclipse our day-to-day reality, Kevin Wong, co-founder and CEO of Origami Labs, is leading the charge to remedy how we use our phones with ORII, a tiny wearable ring that’s been featured by TechCrunch and Forbes – and catapulted them to become one of five finalists at TechCrunch Disrupt SF 2018. He told Hive Life how growing up with a father who couldn’t see showed him the light for a future free from the black hole of tech. 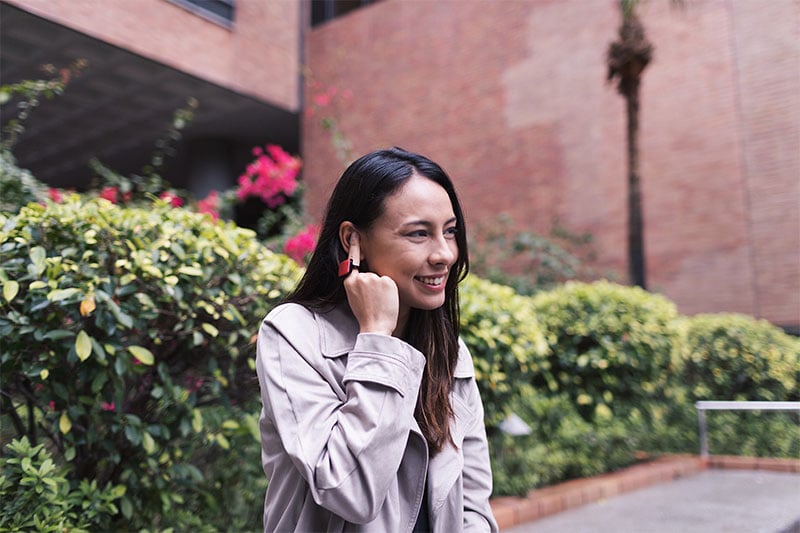 Origami Labs was founded by Kevin in 2015 along with his friends Marcus Leung-Shea, Emile Chan, and Lewis McFadyen, all of whom he met studying at Hong Kong University of Science and Technology. With their range of backgrounds, from consulting to product design, they decided to venture out on their own with their first product, a smart ring called ORII.

The inspiration behind ORII was found very close to home. According to Kevin, Origami Labs would not be where it is without the guidance of his father, who is visually impaired. There was a whole world of information and interaction that his dad – and people like him – struggled to or simply couldn’t use. But, what began as a vague idea inspired by Kevin’s experience with a visually impaired father is now a tech game-changer that could save us all from the black hole of our smartphones. “My dad is more of an aspiration than an inspiration. Instead of designing a product for him, in a way, we’re trying to teach people to use products like him.” Now, his father is a technical advisor on the Origami Labs team or, as Kevin brands him, “a guiding star to great products.”

Compatible with Android 6.0 and above and iOS 11 and above, the ORII Smart Ring, described as “the world’s first voice-powered ring that transforms your hand into an extension of the smartphone,” allows you to access your messages, calls and voice assistant through bone conduction technology. All you need to do is slip the sleek design (that comes in black, silver, grey and red and is no bigger than a bottlecap) onto your finger and its LED light and vibration function will notify you of a message or call, freeing you up to put your phone out of sight. 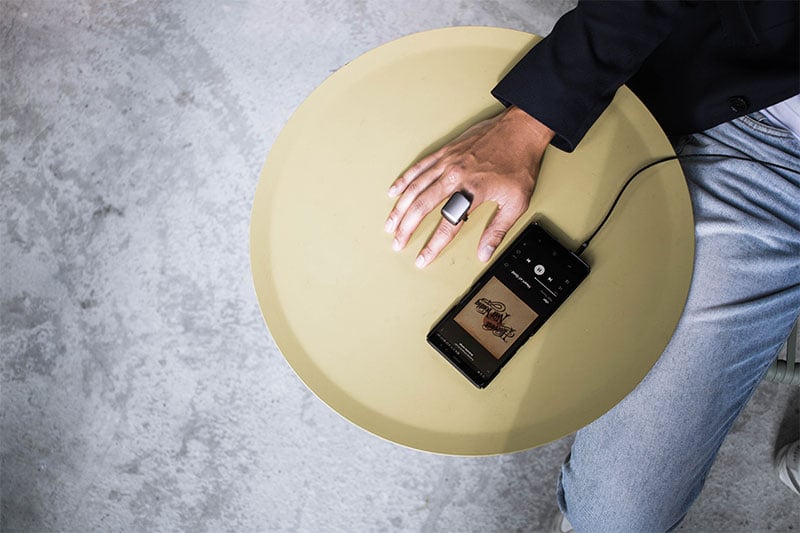 Thanks to Kevin’s father, Origami Labs designed this state-of-the-art wearable tech with accessibility in mind. With voice commands or (even more discreetly) an easy set of gestures, you can interact with your smartphone’s voice assistant, all with your phone still in your pocket. To hear your messages, for instance, double-tap your smart-ring-adorned finger on your wrist before raising it to your ear. To activate your phone’s voice assistant, double-tap while pointing up. The sounds you hear with the ORII smart ring work through micro-vibrations that travel through your finger to your inner ear, bypassing the eardrum. By putting on the smart ring and pressing that finger to your ear in a manner that covers the earhole, you’ll get crisp, uninterrupted audio of your calls and messages. And now, ORII can also connect to smart home devices, which means no more yelling across the room to get Alexa to play a song.

Beyond its hopes to reshape how we use our smart devices, ORII was designed with big ambitions of incorporating technology into our lives in a less invasive, overbearing fashion. Acutely aware of society’s growing need to take a step back from the ‘black mirror’ without denying the overwhelming role smartphones play in our lives, Kevin saw a growing need to reassess our relationship with them. “I think we all see it, couples eating dinner and they’re just looking at their phones, parents and kids on iPads. Smartphones can be a very empowering tool that helps you do great work, stay connected when you travel, plan your life, call your mum, all these different things. But, I think there is a world where there is an alternative to that, which is more audio-based, gesture-based.” ORII’s purpose echoes that sentiment by giving its users the freedom to focus on the world around them without falling off the grid. With more than USD 330,000 earned on Kickstarter, it’s clear that Kevin’s proposition resonates, but getting there was far from a smooth ride. While the end product was not without its snags, having gone through 22 different versions before launch, the creators made sure to nail their user experience by taking audio leakage and public usage into account. “No one wants to speak to something that publicly speaks back to them all the time. It seems like a small thing, but it’s actually one of the major obstacles behind screen-free use. By ensuring that it’s as discreet as possible, it makes it more appealing.”

Beyond that, Origami Labs isn’t breaking their back just to make sales, but to kickstart a change in how we view and interact with our ever-pervading smart devices. “One of our primary goals is to be able to educate our customers. It’s more about trying to show them what the screen-free world can be like, rather than just trying to sell them these things,” says Kevin. For him, ORII is a revolutionary device with pure intentions, humble beginnings and the potential to change how the world interacts with not only its devices, but with each other.