Shenzhen: The Next Silicon Valley?

Encompassing some of the world’s biggest companies in finance, insurance and IoT, vibrant international metropolis Shenzhen has appeared – unnoticed – at the forefront of hardware innovation, surpassing even Silicon Valley. Driven by an insatiable hunger for success, Shenzhen’s entrepreneurs are revolutionising the IoT, AI and FinTech industries – as well as many others. With over 20 years of journalistic experience and a long-standing interest in the Pearl River Delta, freelancing China correspondent and contributing writer for CNN, Forbes and Sweden’s business daily Dagens Industri, Johan Nylander talks about Shenzhen’s advantages in the global tech scene – information garnered from seven years of travel and research through China. “Shenzhen has the world’s most complete supply chain for hardware products. And South China has a tremendous advantage in terms of developing integration between hardware and software,” Johan advises. “In comparison, Silicon Valley’s understanding of hardware is six to seven years out of date.” His latest book, an Amazon bestseller titled ‘Shenzhen Superstars — How China’s smartest city is challenging Silicon Valley,’ documents the growth of the Pearl River Delta city from a simple fishing village to a global hub, with his next due to focus on the massive economic potential that the Guangdong-Hong Kong-Macao Greater Bay Area holds.

So, how did this nondescript city become the world’s IoT capital? Today, Shenzhen is home to multibillion-dollar tech companies such as Tencent, Huawei, Konka, ZTE, JXD and OnePlus. Even its coworking spaces are chock-full of amazing tech startups – edtech, AI, you name it. Johan chalks it down to it being “a totally different attitude. There’s more hunger – hunger for making money and hunger for success. People realise China’s time has come and they want to be at the top of the race.” He describes a ruthlessness at play in Shenzhen companies that don’t necessarily play by the book – an approach that may win them few friends but allows them to succeed at any cost in the global market. “You’ve had a hundred years of chaos, poverty and anarchy,” he elaborates. “The grandparents of China’s entrepreneurs today came from poverty. They’ve seen the dirty side of poverty and they will fight below the belt if they have to.” 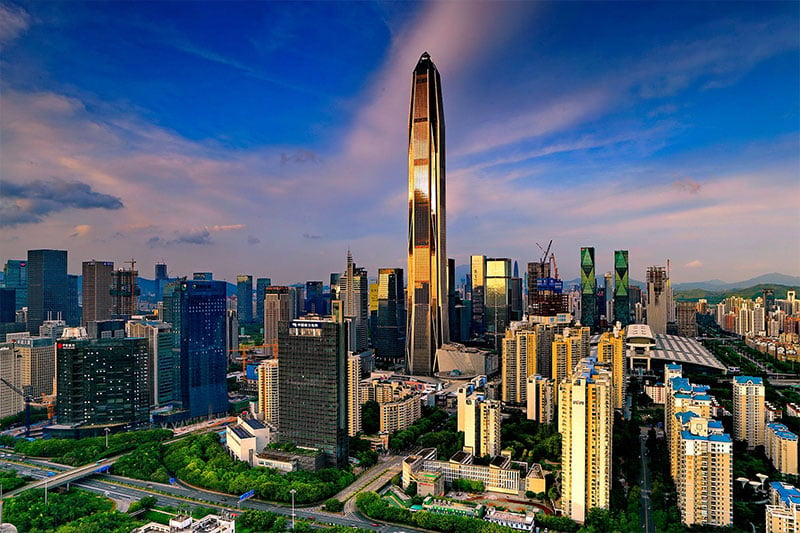 Despite its accomplishments, Shenzhen has yet to make a lasting impression on industry leaders worldwide. Unlike Hong Kong, Beijing or Shanghai, the city rarely makes an appearance in international news, and many industry leaders abroad remain woefully ignorant of the city’s potential. Those in the know, however, regard Shenzhen as the place where things happen. “It sounds ridiculous that you wouldn’t know the biggest company in your sector, but it’s because China’s changing so quickly,” Johan says. “Companies that used to be the smallest are now the biggest.”

When pressed about why the West knows so little about China’s substantial economic presence, Johan suggests that people simply don’t want to know. “You want the world to be as it is. You’re afraid of change,” he explains. Taking Swedish telecoms giant Ericsson as an example, its Chinese counterpart Huawei has entirely overtaken Ericsson over the last decade, becoming three times its size. “When I was growing up, Ericsson was always the biggest. 10 years ago, Ericsson was still twice as big as Huawei. I remember when I spoke to people at Ericsson about Huawei a decade ago, they said, ‘It’s Chinese. The quality is shit. They just copy.’ And then, when the quality was on par with Ericsson, they said, ‘Well, you know the Chinese. They don’t know customer service.’ Turns out Huawei has way better customer service. They’re hungrier, more ruthless, and just working harder. And this is in a sector with one of the highest entry barriers. If it can happen there, it can easily happen in any sector.” Shenzhen belongs to the Greater Bay Area, a government-driven initiative designed to link Guangdong, Hong Kong and Macau into a unified mega-region promoting further economic growth and development. “If they manage to actually connect all the cities and make the Greater Bay Area into one labour market, people I’ve interviewed say it’s going to be the world’s greatest productivity boom that we’ve ever seen,” Johan predicts. “I think the Greater Bay area, the Pearl River Delta, is going to be the world’s number one economic hub, but this can only happen if the politicians stay away and let the natural powers, forces of entrepreneurship and freedom of movement, thinking and information play a crucial role.”

As part of South China’s Pearl River Delta – an area the UN acknowledges as a major economic corridor of interdependent manufacturing cities – Shenzhen has had a long history of producing and exporting the world’s hardware. After years of research and development, low-level manufacturing has become high-level manufacturing, opening up endless possibilities of hardware-software integration. “America has forgotten how to innovate in terms of hardware. Silicon Valley is entirely about software. No one does hardware there, whereas Shenzhen has a clear advantage,” Johan explains. In contrast to lengthy prototyping processes that inhibit hardware development in America, Shenzhen developers can simply hop in their car and drive to the factory for a new prototype, rather than wait two weeks or a month for a new part. Take Xiaomi, originally a smartphone company, they have now maximised the profitability of hardware-software integration by diversifying into smart electronics such as refrigerators, coffee machines, smart TVs, and wearables such as pedometers. Capitalising on the smart device trend, they’re providing both hardware and software in seamless, immersive systems that foreign companies are simply unable to create. When it comes to AI, whilst China may lag behind in the sophistication of their systems compared to Silicon Valley, Chinese companies are still able to introduce cross-channel AI algorithms on a much larger scale. “These are things you cannot do in Europe or America. Companies like Alibaba have pimped out brick and mortar stores with AI to know everything about you so they can tailor an offer to you,” Johan says. “They recognise your face when you walk in, they know what you will buy before you do, they know what you’ve searched, or if you’ve missed your boyfriend’s birthday. I’m not saying I’m a big fan of what’s happening, but the point is, in Europe, AI is still locked up in a lab to some extent, whereas it’s already been rolled out here.”

The Chinese government, however, has faced international scrutiny from the UN for its repeated human rights violations and nation-wide policies such as its Social Credit System which plans to assign a standardised score to each citizen according to their economic and social status by 2020. Equally, the widespread use of propaganda and heavy censorship in initiatives such as the Great Firewall of China have led to concerns. “I think the strength of Shenzhen is not in what the government did, but what they didn’t do,” Johan opines. “By making Shenzhen a Special Economic Zone in 1980, they gave people the freedom to experiment, to do business, to make mistakes. The people there are fantastic. They’re very good at following rules, and disobeying rules, and doing the best of it. They’re the best business people on the planet. And that’s the success behind the whole of the Pearl River Delta.”

Is China Leading the World in Tech?