With healthy fast food spots, juice bars, vegetarian restaurants, organic stores and more cropping up around town quicker than a local taxi, you’d be forgiven for thinking that Hong Kong has long been a leader in Asia’s sustainable food scene. But, in truth, that’s far from the case. Or, it certainly was when Peggy Chan first burst onto the scene back in 2012 with her chic, upscale, plant-based restaurant Grassroots Pantry. As she puts it, “When we first started in Sai Ying Pun, people did not know much about plant-based cuisine. Grassroots Pantry introduced diners to the farm-to-table philosophy and the restaurant emerged as Hong Kong’s leading plant-based dining destination for seven years.” Shocking the city by closing the doors of her beloved eatery this July, Peggy has now reopened it as a whole new concept, Nectar. She talked to Hive Life about the importance of change and how she hopes her journey of personal growth can continue to be a force for good in her city. 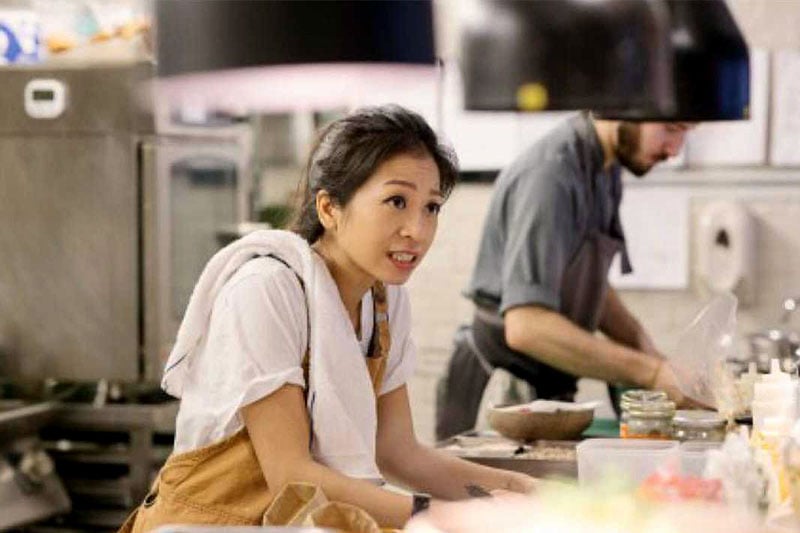 “To stay stagnant in a place of comfort is to refuse to grow. After operating Grassroots Pantry for the last seven years, I felt that it was time for us to explore bigger ambitions,” explains Peggy of why she closed her hugely successful restaurant at the height of its powers. In its place, she has delivered a spot that takes those same green credentials and presents them with even more flourish. “Nectar reflects my evolution as a chef. Grassroots Pantry has always been at the forefront of plant-based cuisine and Nectar provides us with an opportunity to further expand our menu and offer diners an elevated dining experience. With our seasonal tasting menus, we have new opportunities to educate customers on the possibilities of locally sourced organic ingredients.”

Having initially considered the academic research route, Hong Kong-born Peggy trained in culinary arts at Le Cordon Bleu Ottawa, soon realising that her love of food would drive her to make the most impact. “At a young age, I came to the realisation that contemporary farming practices were cruel and barbaric. Slowly but surely, I cut out meat consumption in my life. I’ve been a vegetarian for almost 20 years now.” Her passion for social justice issues and animal welfare combined with her training in various fine-dining restaurants in hotels across the globe gave Peggy the confidence she needed to go at it alone with Grassroots Pantry. Now, Nectar takes all that experience and ups it a notch. Located on the same spot on Hollywood Road that Grassroots once occupied, it takes Peggy’s original plant-based concept and elevates it via a series of seasonal tasting menus that have all been carefully conceived to be as nutritionally beneficial as possible. From their five-course ‘Original Grassroots’ to a 12-course taste sensation ‘Edible Solutions,’ each dish has been designed to show off the restaurant’s best assets. “Through the exploration of the versatility, texture and depth of flavour in plant-based ingredients, we’d like our guests to understand that healthy and sustainable food can also be fun, satisfying, and enjoyable while being nutritiously dense,” says Peggy.

Much like her last venture, Nectar is set to be more than just an upscale vegan restaurant dishing up nutritious food. Setting the pace for other establishments and striving for the next era of sustainable practices, she has examined everything from their ingredients to their decor, working with other leaders in their fields to deliver what she hopes is the greenest restaurant in town. “We’re very excited to curate a group of extremely passionate designers and artists all contributing their time and love to Nectar. We aimed to select only vendors who are aligned with our values around sustainability, and while sometimes this takes more effort than contracting out to one large company that could do everything faster, we believe that taking the extra time to source these partners is worthwhile.” The results are something she can be proud of. “Regarding our restaurant interior, upcycled fabric, LED light fixtures and repurposed wooden centrepieces are used to accentuate the restaurant’s space and high ceilings while conveying a contemporary, minimalistic and cool Nordic feeling,” she explains. “The cheese boards and side tables are even made from wooden debris collected after Typhoon Mangkhut wreaked havoc in Hong Kong and tore hundred-year-old trees out from their roots.” Alongside Nectar, Peggy has also launched Pollen Lab, which she describes as “an educational platform for ongoing culinary exploration that offers structured educational programmes, interactive workshops and cooking lessons aimed at both passionate cooks and professional chefs. It will also act as a hub for research and development into plant-based, raw, and functional foods.” It’s all part of a plan that has taken a concerted effort. “There are hurdles you face and sacrifices you have to make, like missing out on a social life!” says the hard-working chef. “You may lose quite a number of friends who do not understand or support your cause. You have to consider the long hours, the hot conditions. And, at the end of the day, with the food industry being so competitive in Hong Kong, you have really got to be business savvy, creative, resilient and persistent to be an entrepreneur.” Still, as far as she’s concerned, it’s effort that’s well worth the sweat. “I’m content with my achievements and successes, of who I am and how I got here. I’m truly grateful that I have earned the respect from my peers and colleagues, not merely through what I say, but through action. And I hope I can continue to inspire and leave the world a better place.”

Drop the Smartphone, FlirtyFridays is the New Way To Network