Amidst all the commotion, Taiwan often goes unnoticed. Emily Wu, Founder of podcast startup, Ghost Island Media sat down to tell us how she intends for that to change.


Left out of the United Nations and excluded from a number of international forums, Taiwan has had to sail some rocky waters to become the independent nation it is today and make a mark for itself on the globe stage.

With over a decade of experience in content production, media professional Emily Wu, upon her return to Taiwan, quickly noticed what was truly missing in her country –  a voice of its own. Since the inception of her podcast startup in 2019, Emily and her Ghost Island Media team now spearhead five podcasts, both in Mandarin and English, covering a breadth of topics from music, politics, and environmental conservation.

Today, Emily talks us through her journey of getting Ghost Island Media off the ground, the stumbling blocks behind the process, and what she hopes to get out of this venture in due course.

See also: The 30 Absolute Best Podcasts to Listen to in 2020 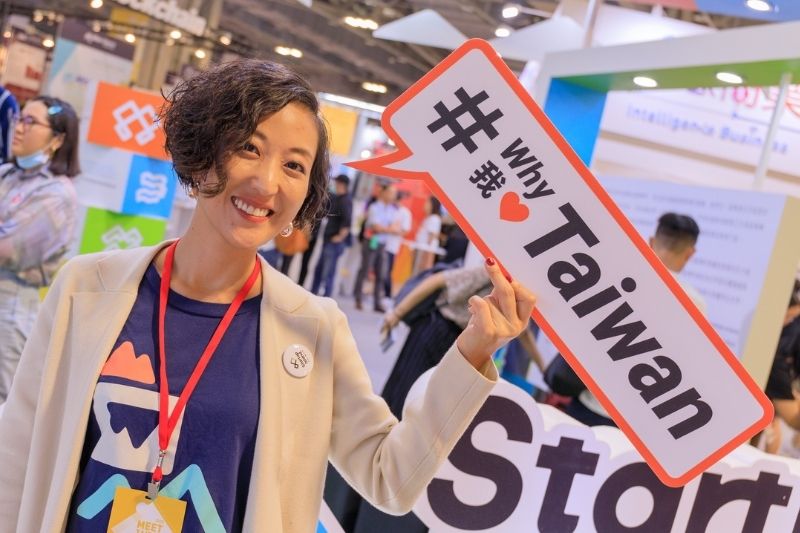 The Inspiration Behind Ghost Island Media

For the average outsider, save Taiwan’s contentious relationship with China, not much is known about the country that has managed to fly under the radar for so long. So much so that the locals coined the term “ghost island’ to mock the state Taiwan came to find itself in.

To put things into a little context, in the mid 2000s, Taiwan was standing at the precipice of becoming a war zone. With an intensifying brain drain manifesting on the sidelines, the country was well on route to virtually becoming a ghost island. “Hearing Taiwan being called a Ghost Island really depressed me. I guess I wanted to kind of take that and put a positive spin on it,” she laughs.

The journey hasn’t been a particularly smooth one as she recounts the initial pushback she faced from industry veterans. “They would say it was too niche, that nobody cares about what Taiwan has to say  –  after all, what’s really important about Taiwan is China. So the foremost goal of Ghost Island Media was to break out of that space.”

For centuries, stories about Taiwan have been told by everyone else but the country itself. “Even when a lot of foreign correspondents were working on international news, they would either write about Taiwan in the context of China or just skip past us to go to China, because that was always the bigger story,” she reminisces. However, with Taiwan’s rapidly growing economy and their first democratic presidential election in 1996  –  an evident display of their independence from China, the tides finally started to turn. “We wanted to take that narrative back and say, look we’re going to tell our own stories now.”

Two years ago when Emily decided to start Ghost Island Media, podcasting in Taiwan was a relatively nascent industry. Motivation aside, when asked why she wanted to take such a financial risk with bringing podcasting to Taiwan, she has her own story to tell.

Emily reveals how she discovered the world of podcasting when she was in China, when like everyone else who’s been to the Mainland, she had some serious qualms about the painstakingly slow VPN connectivity. “I realised how podcasts were just a really easy way of getting your information, you could simply download them and tune in whenever and wherever you wanted,” she explains. “ At first, I thought it was simply informational. As I started exploring the podcast scene in the West, I realised that there was so much more to the narration  –  it was very intriguing. I simply wanted to see what I could do with it here in Taiwan.”

Fast forward to 2020, 1 in 3 people regularly listen to podcasts in Taiwan, so to say the podcasting landscape was flourishing, would be an understatement. With many young players entering the space and pushing boundaries with their bold and innovative ideas, Emily noticed a stark contrast between the number of Mandarin and English podcasts being produced within the country. “On the Mandarin side, the podcast scene grew very quickly, while there wasn’t much coming out of Taiwan in English.”

Deviating from the crowd, Ghost Island Media chose to produce a mix of both English and Mandarin podcasts, with the former now enjoying a diverse listener base from Taiwanese locals to Australians, and New Zealand. By this, she was able to break the notion that podcasts from the country were only relegated to a domestic listener base.“Anybody who cares or has a stake in Taiwan can tune in, and they do. People who have lived in Taiwan previously, academics, businessmen, lobbyists – anybody could be potential listeners. It really just depends on whether you’re producing the right programming,” Emily opines. “Locally, people would get confused when they realised that we do both English and Chinese podcasts, but I think it’s just something they’ll get used to it with time.

Ask anyone in the media and they would have had their fair share of covering controversial topics that may or may not have invited some passionate responses over the course of time. With an entire show dedicated to discussing cannabis (it’s still banned in Taiwan), and episodes on Hong Kong protests, and the imprisonment of Uighur Muslims, Emily’s podcasts are no stranger to indulging in topics that might raise a few eyebrows, especially amongst the more conservative section of the country. “ I don’t think I necessarily chase controversy for the heck of it. If I think it serves a purpose or it’s a topic that hasn’t been given its due importance in Taiwan yet, we’ll tackle it. But only if we believe podcasting is the right format for it.”

This level of caution, she feels, needs to be exercised when you exist in a space that’s constantly being inundated with information  – to pick and choose your battles so as to not get lost in the horde of opinions. “The whole point is to fill the existing void, right? If someone else is doing a fine job of covering that social issue, we won’t touch it.” The future of Ghost Island Media

Emily looks up to her Western predecessor Gimlet Media when asked what she envisions Ghost Island Media’s end goal to be. Gimlet has gone on to become a landmark podcast company since its launch, sweeping many awards in its field. Spotify, vying for an entry into the podcast market, chose to acquire Gimlet in 2019, pushing the podcasting industry into the limelight. “We look up to them as role models ; how they run, how they work with other corporations, the kind of programming they offer. That’s what we’re envisioning, large-scale, quality podcasts originating from Taiwan. Something for everyone.”

Currently, she is celebrating her podcast ’s nomination for the  prestigious Excellent Journalism Award this year. The Taiwan Take will be the first English language podcast to be nominated for this award – a win for both Ghost Island Media on all fronts.

Emily graduated with a degree in Arts from the States, wherein she realised her true passion was in journalism. Since then, she’s had a rather interesting line up of experiences in the industry, as she experimented with animation during her stint at Hong Kong’s Next Media Group, was a consulting producer at Taiwan’s Radio International, before she founded Ghost Island Media. You can find out more about her on her Linkedin.

Diversity in Hong Kong: A Conversation with Roadside Rumours

6 Wellness Podcasts to Lift Your Spirits

Spinning the Sound of Taiwan