William Gaybrick, CFO & Chief Product Officer of online payments platform Stripe gets up close and personal about the Internet infrastructure today – and its future.

As a company worth over USD 20 billion today, it’s been a long and successful journey for Stripe, the online payment processing platform for Internet businesses founded in 2010. Based out of San Francisco and with heavyweight clients including Amazon, Google and Microsoft, they have a proven record of facilitating the growth of many online ventures and have had a front-row seat at many of the growth points taking place around the Internet today. William Gaybrick, the company’s CFO and Chief Product Officer of Stripe, gave two engaging talks at Hong Kong’s RISE Conference last week on what they’ve learnt along the way, imparting his take on where the upsurge in money movement online leaves businesses today and in the future. 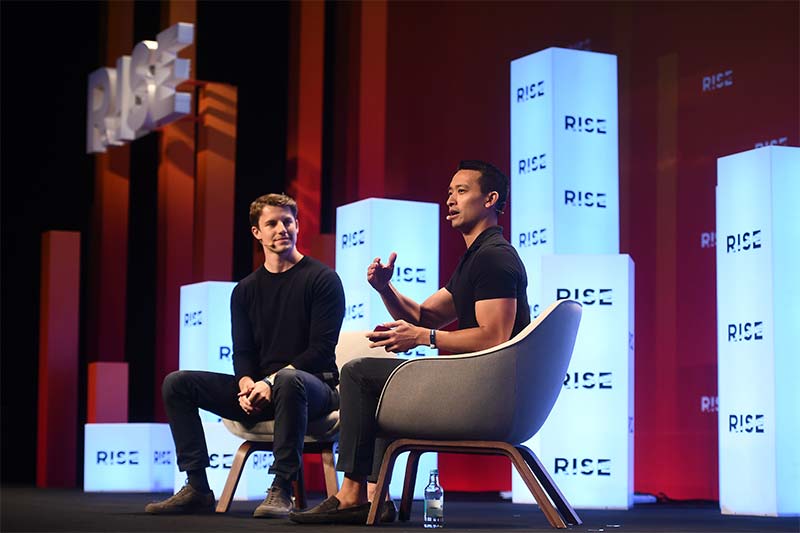 Stripe started out by catering to startups, targeting them specifically as the most interesting customer group thanks to their willingness to experiment, quick rate of growth and openness to trying leading-edge technology. “We started working with startups and when they grew, we found ourselves working with a bunch of public companies which led us to believe that we were catering to companies with ambition,” explained Wiliam to the crowd at RISE. For him, Asia also offered astounding room for opportunity. “It’s sort of a burgeoning ecosystem of wallets and local regulations,” he explained of how he sees the region. And in Asia – and the Internet – he continues to see huge scope. “Before I joined Stripe, I was an investor. I believed that the Internet would be a very big deal one day. Evidently, I was right. In 2019, the Internet became a top 10 global economy by GDP for the first time. So, you’re probably thinking the Internet is doing pretty great. Well, yes, except we shouldn’t be satisfied yet. For one, it’s still in its super early days. Two-thirds of people in Africa, in the Middle East, and almost half the population in APAC still lack Internet access. Standing at USD 1.7 trillion, the Internet economy might seem big, but it’s still only 8% of global commerce. I think we now are sort of into the third phase, which is where you’re going to really see the commercial Internet come of age and the convening power of the Internet driving new economic connections online.” Key to their approach in making the most of these new connections has been Stripe’s early adoption of Bitcoin as a form of transaction. “We were the first major payment player to allow for Bitcoin acceptance. Ironically, I think we were also the first to deprecate it. We spent a lot of time talking to our users and they believed it was too risky and expensive to use Bitcoins as a payment instrument.” Having started out as a simple payments layer and an easy way for Internet businesses to get paid, Stripe realised that what Internet businesses need now is not just the digital analog of swiping a card, but a global payments and treasury network that is a global unified infrastructure for holding and moving money – something that allows its user to build and run complex Internet businesses. “The canonical business models of the Internet are about recurring revenue and marketplace dynamics, two of the most important aspects when building a business. Think of payments as a driver of your business to create a better user experience and new revenue streams at the same time. Your goal should be to go global,” he urged his audience of eager entrepreneurs. “We are maniacally committed to building core economic infrastructure for the Internet. It’s to accelerate the velocity of money and to provide a toolbox to entrepreneurs.”

The HK App Helping You Spend and Save