The Impossible Burger Hits the Shelves in the US. Will Asia be Next?
Art & Culture Business & Tech

Readily available in 15,000 restaurants in the US, HK, Macau and Singapore, plant-based burger company Impossible Foods is now setting its sights on bringing the “impossible” into Asia’s home kitchens.

As a cuisine famed for its pork dumplings, beef brisket noodles, crispy pork belly and honey char siu, it’s hard to stay away from meat in Asian cuisine. Still, that hasn’t stopped Impossible Foods, Silicon Valley’s plant-based ‘meat’ phenomenon, from setting its sights on the market as its next port of call. Having launched in Hong Kong in 2018, and rolled out its offering through Singapore earlier this year, Impossible now sells its meat-free burgers to 15,000 restaurants around the world. From gourmet hotspots Little Bao, Beef & Liberty in HK, Michelin-guide steakhouse Cut in Singapore to big chains like Burger King in the US, Impossible Foods now looks to bring the meatless burger closer into the home. Senior VP Nick Halla talks Hive Life through a future where Asian food is completely meat-free. Growing up in meat and dairy farming himself, Nick admits his initial cynicism. “I never would have thought to eat a product made from plants.” But now, he firmly believes in converting sceptics once like him into believers. (He elaborates on the damaging consequences of conventional meat farming with us in our last conversation here). And, as far as he’s concerned, once they do that, there’s no reason why Impossible Foods shouldn’t change the world’s eating habits for good. “We exist to reduce and ultimately replace animals as a food production technology and create a sustainable global food system. Our goal is to replace animals as a food production technology by 2035, and provide consumers with plant-based products that taste better than anything animals produce and are good for both people and the planet,” he says in an exclusive interview with Hive Life. In Asia, that could prove to be an easier feat than you might think. “So far, our strategy in Asia has been a resounding success – since launching in Singapore, our second international market, in March 2019, sales have increased in Asia more than four-fold in just a few months,” says Nick. Key to this success has been the local food community’s experimental streak. “People in Hong Kong, Macau and Singapore are adventurous when it comes to trying out new food, new ingredients and new cuisines. We have strategically collaborated with local restaurants which focus on Hong Kong-style dishes and Asian cuisine in order to help us to effectively reach local consumers and spread our mission and messages throughout the community.” To get even more people on board with the burger, Impossible Foods has begun working with food delivery platforms. “In May, we announced a partnership with Deliveroo in Singapore, which has made over 60 restaurant partners with Impossible menus available for delivery to consumers since Impossible Burger first launched in the country in March this year. Since launching in Singapore, sales have increased by 400% in Asia and the innovative approach of Deliveroo has been a big factor in this.”

Next, they want to infiltrate our kitchens – launching retail in the US just today, they hope to do the same in Asia. Collaborating with chefs was a great first step in breaking social stigma around flavourless meat alternatives, but Nick believes that next, consumers need to incorporate Impossible into their daily cooking: “We think our consumers are going to be thrilled to try cooking the Impossible Burger in their own kitchen. People need plant-based products which offer them the same amazing culinary experience they get from meat from animals.” 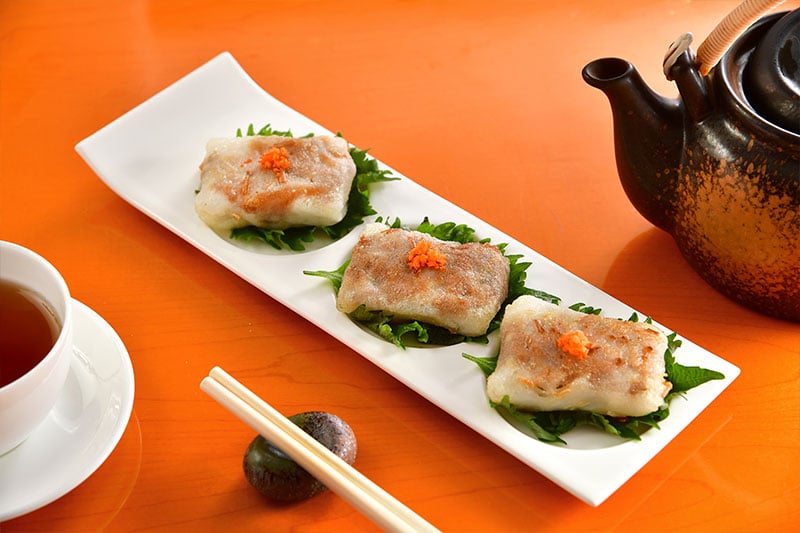 So how long will it be until you can get your hands on your very own Impossible burger patty? Impossible Foods aims to hit more shops soon by increasing production to meet popular demand. They’ve recently announced a manufacturing collaboration with global food provider OSI Group, one of the largest food producers in the world, in the hopes that they can significantly increase their production capacity for years to come. “It’s one of the biggest questions we get from our consumers and we’re really excited to finally deliver on that promise. It’s our ultimate goal to be available anywhere that meat from animals is sold – and the grocery store is a hugely important step towards reaching that goal,” says Nick. Their recent investment will certainly help. “We’ve just raised USD 300 million Series B,” he shares. And others are quick to follow – take Asian food tech start-up Right Treat’s Omnipork which is planning to launch in China. It all speaks to both innovation and demand that is on the up. As Nick puts it, “The widespread demand demonstrates the full potential of the plant-based meat market and we want to be there for every step of the way.”

12NOON: The Fast Food Spot That’s Good for You and Your Wallet